The History of Hare Krishna in the USSR

All audio and video media (now full versions) have been moved to Dropbox !

(you do NOT need to login to Dropbox in order to listen to or download the files. Nor do you need the Dropbox application, though it does make it nicer.) 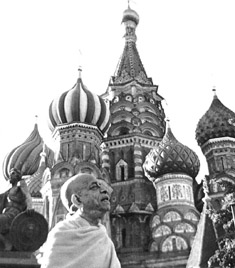 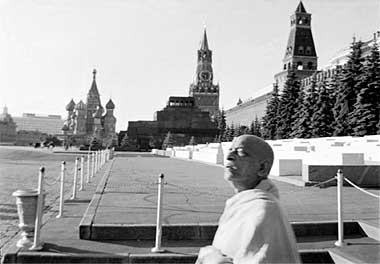 In 1965, His Divine Grace A.C. Bhaktivedanta  Swami Prabhupada, traveled from India to New York City, on the instruction of  his Spiritual Master, to establish the International Society for Krishna  Consciousness (ISKCON), more commonly known as the Hare Krishna Movement. Soon,  the Movement grew into a worldwide spiritual society, dedicated to transplanting  the timeless spiritual culture of ancient India to the twentieth-century Western  world.

In 1971, after traveling around the globe,  establishing sixty-five centers of ISKCON, Srila Prabhupada made an official  visit to Moscow at the invitation of Professor G. G. Kotovsky, head of the  Indian and South Asian Studies Department of the U.S.S.R. Academy of Sciences.   Srila Prabhupada hoped to speak extensively before Soviet audiences as he had  addressed audiences during his travels throughout the world.  However, upon  his arrival in the Soviet capital, he found this was not possible, and it  appeared his audience would be limited to this one Soviet Indologist.

Srila Prabhupada had only one meeting with the  Russian scholar.  At that meeting, Srila Prabhupada expressed his eagerness  to lecture before the interested academicians of the Academy, but the Professor  flatly refused, stating that it would not be permitted.

Professor Kotovsky cited the fact that numerous  ancient Indian classics had been translated and published in the Soviet Union.   They were so popular that the entire printing of each book had been sold out in  one week.  He also commented that the Soviet people had a great interest in  ancient Indian culture.  It could be understood that since there was such  an extreme interest in the culture and philosophy of India, it had to be  somewhat restricted, thus it was impossible for Srila Prabhupada to speak.

One day two young men, one the son of an Indian  diplomat and the other, a young Muscovite, met Srila Prabhupada's secretary on a  Moscow street while he was out shopping.  The secretary, a Western  disciple, dressed in his flowing white robes and with a long tuft of hair at the  back of his shaven head, attracted their attention.  They went with him to  the National Hotel to meet Srila Prabhupada in his room.  The Indian boy  was very friendly and helpful and offered to bring green vegetables for Srila  Prabhupada.  The Russian boy, Anatoli Pinyayev, was very interested in  philosophy and Srila Prabhupada began explaining the philosophy of Krishna  Consciousness conveying as much basic information as possible during the short  visit.  He also taught him how to chant the Hare Krishna mantra and sing  traditional songs of devotion. 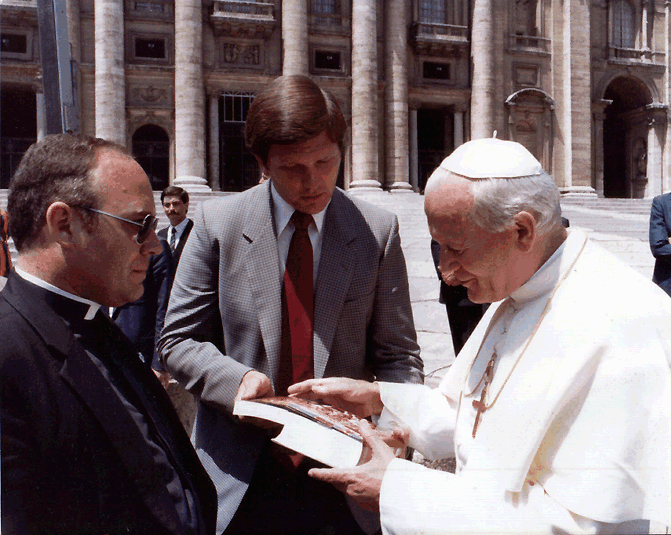 TO SEE THE REST  OF THIS SECTION CLICK HERE

Making Submissions:   If you have  material regarding the history of the Hare Krishnas in the U.S.S.R., and would  like to share it, you may do so in several ways.  Simply  send an email with your story to the  webmaster, with your story as plain text, a Word document, or whatever is  convenient, along with .jpg or other image files if available.  Please try  to include approximate dates and locations in your story.  Please indicate  if you do not wish your name mentioned. Your contact information (email address,  etc.) will not be mentioned on the web pages unless you specifically request it.  If you have material that needs to be scanned, contact the webmaster to make  arrangements.  We would be happy to scan and return material.  If you  wish to simply mail your story or materials, please contact the webmaster for  address information. If you are submitting photos and would like to retain  copyright on those photos, please let us know and we will include your copyright  notice along with the photo on the web pages.  If you have any concerns,  please let us know and we will be happy to discuss them with you.

This is an important story, please  be generous and share your story with others.

An important reminder:   Much of this website concerns a time and a place  somewhat removed  from where we are today.  It is not the intention of this website to say anything negative about the land and peoples of what used to be called  the U.S.S.R / C.C.C.P.. All reasonable people know that there are  both good and not-so-good people in every land, and that the person with a  positive outlook really does believe that most people are basically  good, and  love and long for the same things they do.

The important lesson of this, and similar stories  is, that "politics" can make it easy, or easier, for bad policies to be put in  place, and harder to curtail them when they get out of control.  Perhaps  that is one way to view things before the fall of the communist ideological  dominance in the U.S.S.R.

Anyway, we will try to do as Joe Friday on  Dragnet: "Just the facts m'aam, just the facts.", and leave the philosophizing  to the reader.

Why these stories are  still important:   The stories of the early days of the Hare  Krishnas in the old Soviet Union are still very important, because they remind  us that here in this material world, nobody is really "free" without  surrendering fully to the Lord.  We may THINK we are free, but we are told  "you must work this job to earn money", "you must eat this food, drink this",  "you need and must buy this automobile with a 5-year loan", etc., so it is only a  matter of degree.  The early Soviet Hare Krishnas set their sights on true  Freedom, and gave up so much, in some cases everything, in its pursuit. 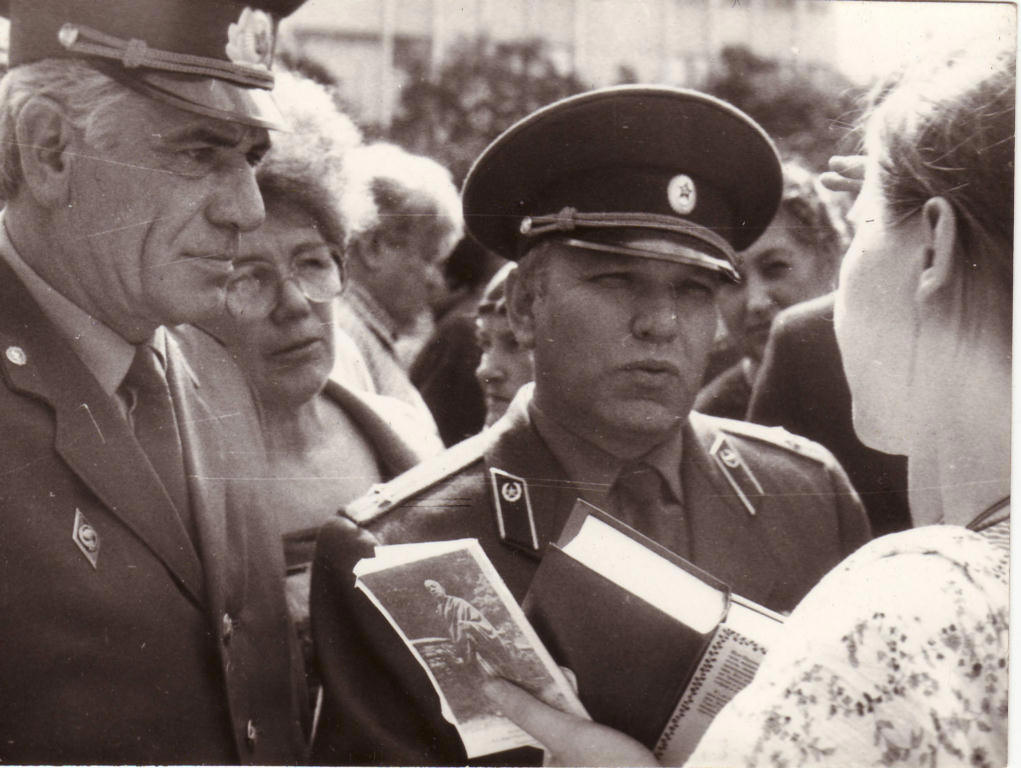 Send email to the webmaster